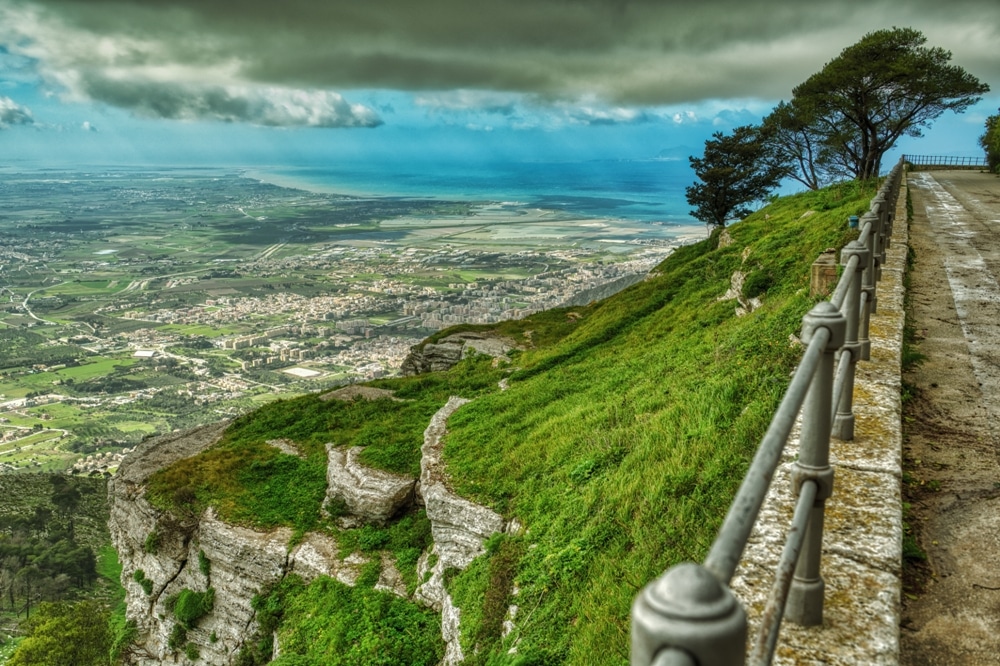 A Visit to the Ruins of Iato in Sicily – Many of the world’s archaeological sites are tourist havens. At the ruins of Iato, it’s possible you may come into contact with a shepherd tending his flock and you might – might – see a couple other visitors curious about the ruins, but most likely you’ll be able to explore this site in total solitary enjoyment.

Iato might not be Sicily’s most impressive archaeological site, but if there were rankings for most spectacular position or most panoramic view, Iato would win – hands down. Dizzyingly perched at the top of a mountain nearly 3,000-feet above sea level, you can see all the way to Lake Poma, the Gulf of Castellammare, and Sicily’s countryside in all directions. The northern edge of the mountain is precipitous – below, the Belice Valley and San Giuseppe.

Once you recover from these awe-inspiring views, you’ll remember why you came up here – to see the ruins of Iato.

This clifftop settlement was inhabited from around 800 BC to the 1200s AD. Like Segesta, Iato was originally a settlement of Elymian peoples. The settlement became more Hellenic around 600 BC. It went on to become one of the Romans’ most thriving outposts before it fell into decline. Around 900 AD, Iato began to once again flourish with a North African settlement which held strong through the times of the Normans. This riled the anger of Frederick II who laid siege to the Iato. The town was finally destroyed in 1246, closing a lengthy chapter in the more than 2,000 years of existence of Iato.

The ruins are spread over an area just under 100 acres. You can reach the Iato site via a mile-long path from the parking lot. As you walk the sometimes hefty path, you might begin to wonder why someone would build something at the top of such a precarious climb. As you begin passing the piles of ruins that at one time were lookout towers, homes, and other buildings – it strikes you. Iato was perfectly positioned to control the entire valley, which just happened to be the main trade route between the north and south, Selinunte and Palermo.