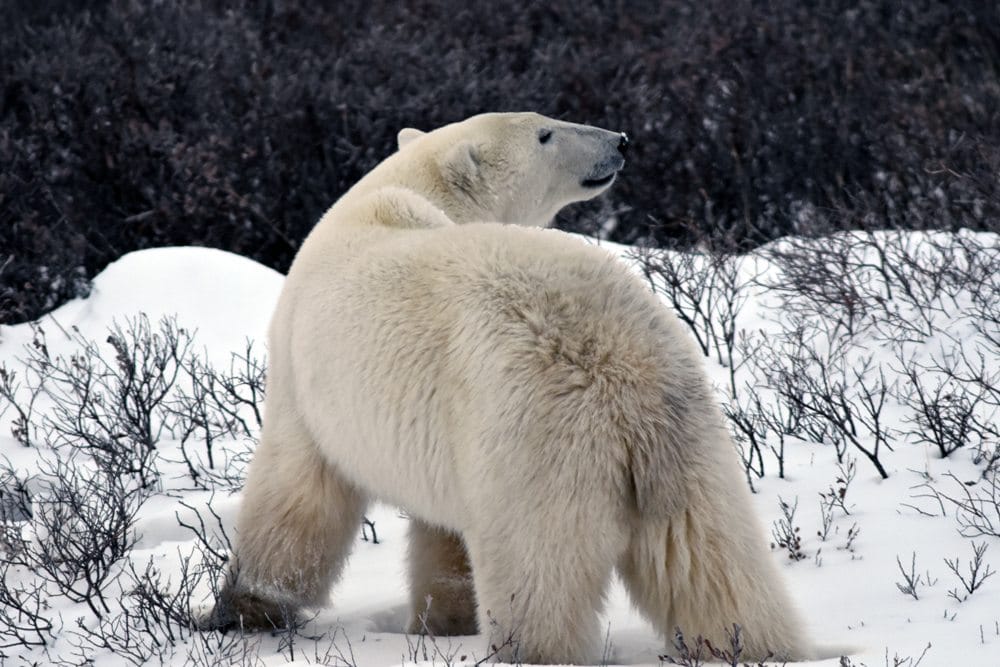 Discover Churchill Manitoba – Canada is one of the most diverse places on the planet – beautiful cities and a wealth of places to discover the outdoors. This country is one of the world’s playgrounds for discerning travelers regardless of the season. Churchill in Manitoba is one such destination. The winter months host the spectacular Northern Lights in the world capital of polar bears.

If you’re considering a trip to Churchill for a polar bear sighting, October and November are the best months to go. If the Northern Lights are your reason for the season, Churchill’s skies are clearest from January through March, though they dance in the skies nearly all year long.

Churchill is 600 miles to Winnipeg’s north. This isolated enclave on Hudson Bay’s western shores welcomes a congregation of beluga whales during the summer months. But it’s the polar bears that arrive in the hundreds around October that’s really the region’s draw.

There are no roads that travel as far as Churchill, so locals are reliant on the train that brings supplies and visitors from Winnipeg. For a year and a half, supplies had to be flown to the community. A historic flood washed away several sections of the train tracks leading to Churchill, but repairs were made and service resumed in late 2018.

The best way to appreciate the local polar bear population (which during peak periods outnumbers the locals) is via a guided tour. Frontier North Adventures converted a chain of tundra “buggies” into a wilderness camp for overnight stays. They offer a dining car, as well as a lounge and sleeping quarters. For a more luxurious Churchill stay, Churchill Wilds has several backcountry lodges that allow for small groups to spend seven to eleven days on walking safaris. Both outfitters allow for polar bear watching at eye level from a safe distance. Conservation scientists are working on ways to maintain the polar bear population and offer ecology and research discussions at Polar Bear International House.

To get to Churchill, you’ll either need to take the train or fly in. The commercial airline servicing the community is Calm Air. The train departs from Winnipeg and takes approximately two days to arrive. During peak polar bear season, the bears have been known to wander into the village – a voluntary curfew of 10:00 pm helps to minimize unexpected encounters. Should you find you need to seek immediate shelter, all vehicles and homes remain unlocked for safety precaution.