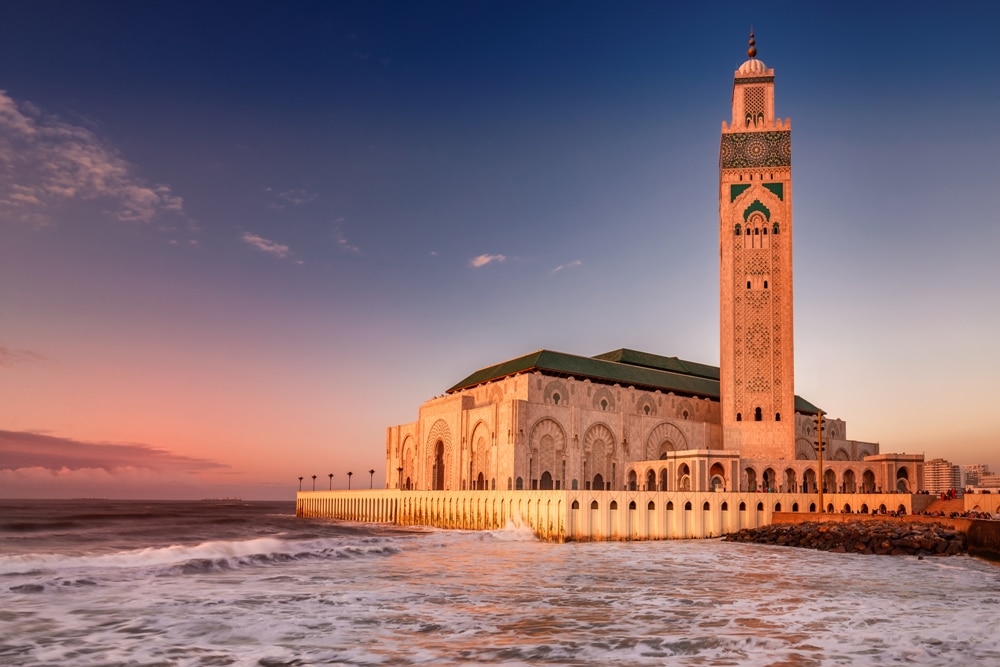 The Appeal of Casablanca, Morocco – While Casablanca is certainly known for its grittier neighborhoods, as the nation’s largest city as well as its main port, this city is also known for its high end resorts, boutiques, and eateries.

If you’re looking for a luxurious place to visit, Morocco is one of the most cosmopolitan places there is. It is the quintessential African city, with over three million people calling this port city home. While this is certainly the rich man’s dream destination, there is also the poverty-stricken parts of town; but, this should not sway you from making this a bucket-list vacation spot. There are several ritzy boutiques, as well as a contemporary arts area, old French buildings that have undergone extensive restoration projects to replicate their originality in the authentically old colonial portion of town.

One of the must-see places when visiting Casablanca is the Hassan II Mosque. More than 6000 artists of Moroccan descent and five years of labor went into the consummation of this fantastic mosque. Its mosaics are some of the most intricate in the world. Marble floors and stone columns meet to create an awe-inspiring visit. The moldings at floor and ceiling are of sculpted plaster, and the ceiling is made of wood that has been carved by expert artisans and painted. Of all the mosques in the world, Hassan II is the largest and has room for over 100,000 visitors within its walls. If you are not Muslim, you will not be allowed entrance to the mosque itself; however, the outside has much at which to marvel and, if you join an official tour, you can access various parts of the mosque outside of worship times.

No vacation would be complete without some time spent shopping. As magnificent as the shopping is, it is almost more fun simply exploring the medina portion of Casablanca. This is the oldest part of the city, and still has the walls that were built at the city’s inception. It’s a welcome change from the more modern architecture that you will find elsewhere in Casablanca. At night, in the center of the medina, is Place Mohamed V, which showcases a colorfully lit fountain in the evening, and amazing French architecture by day.