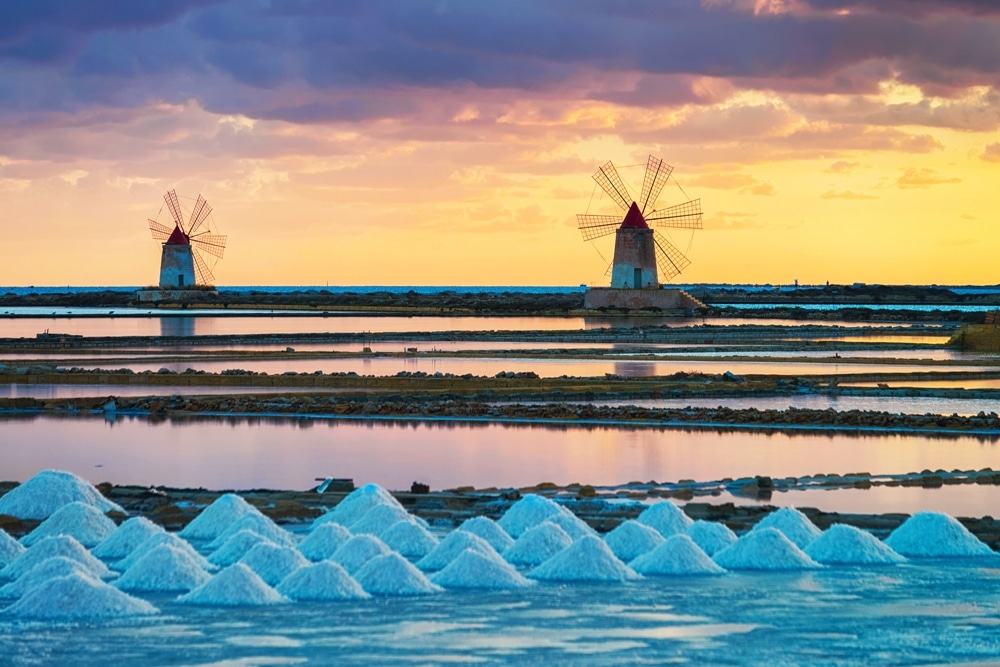 Discover Mozia Island in the Stagnone Nature Reserve – Sicily – On the west coast of Sicily, about halfway between the coastal towns of Trapani and Marsala, is the Stagnone Nature Reserve. Within the reserve is a large, beautiful lagoon. This lagoon is home to an archipelago quite different than any other in the world. For archipelagos, it’s rather small, but the island chain’s centerpiece, Mozia, is more impressive than its size gives away.

More than 2,500 years ago, Carthaginian settlers built an outpost on Mozia and soon began to flourish. Mozia, as well as the present-day towns of Erice just to the north and Palermo a little farther northeast, would become one of the Carthaginians’ most important settlements.

It’s hard to believe that an island of just 112 acres could become a thriving metropolis. According to research by today’s archaeologists and historical accounts from Diodorus, Mozia had very narrow streets and housing resembled present-day multi-floor apartment buildings, thereby making use of the limited amount of space. Fortified walls surrounded the entire town to protect its citizens from attacks by rivals from throughout Sicily.

The Carthaginians’ most clever creation at Mozia, however, is their underwater causeway in the bed of the lagoon. The town’s north gate was thus connected to the mainland allowing horse-drawn carts to appear as if they were gliding on top of the water. Take a peek at a satellite app and you can just make out the remnants of the causeway.

Mozia prospered for many hundreds of years, but Dionysius of Siracusa laid siege upon the tiny island in 397 BC. The battle was long. The Carthaginians defended their town with strong determination, but the Greeks eventually were triumphant – laying the town to waste and killing many of its inhabitants. One short year later, the general of the Carthaginians, Himilco, retook Mozia but subsequently built present-day Marsala as a measure to maintain the safety of his people. The island remained inhabited by farmers, but its heyday of being a thriving metropolis was over.

From the mainland, head to the Mozia Pier at Saline Infersa. There are several ferries that depart frequently.