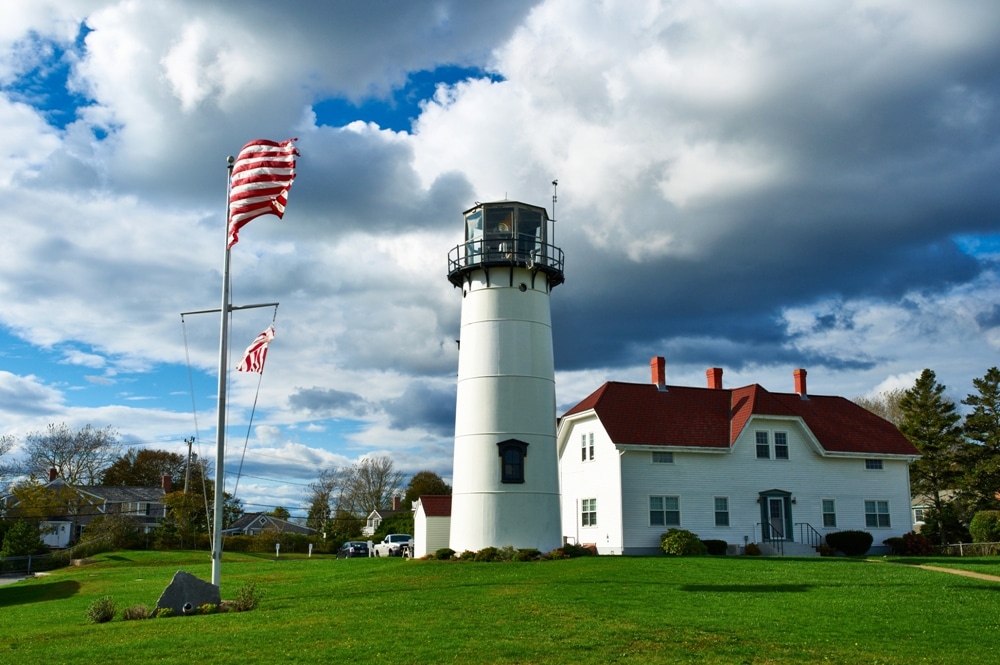 A Famous Lighthouse in Chatham, Massachusetts – Chatham Light – Nestled in the southern corner of Cape Cod lies Chatham, Massachusetts, named after a seaport in England. The town was incorporated in the early 18th century. By the 19th century, seafaring traffic was heavy. Chatham’s waters were menacing; strong currents threatened to break ships apart on the shoals. Sailors spoke of a ghost who rode a light colored horse on tempestuous nights, luring sailors to a fate unspoken of.

North Truro’s lighthouse was the first to be established on Cape Cod. Many years afterwards, Chatham’s lighthouse would be constructed for $5000. Two years later, another $2000 was utilized to differentiate Chatham Light from nearby Highland Light. The renovations erected two new towers, both of which were forty feet high. A tiny one-bedroom home was also built on the property, and Sam Nye was the first lighthouse keeper appointed by Thomas Jefferson.

In 1838, Edward Carpenter, a lieutenant in the Navy, visited the rebuilt station after having declared them unfit for purpose just 30 years earlier. The lenses in the lights at the time were insufficient, and the towers he said looked as though they could be blown over by the first gust of a Chatham wind.

While several reparations had been performed, Chatham Light still was not up to snuff as far as seafaring men were concerned. A lighthouse had to be more than perfect if it was to serve its purpose. For the two years following Carpenter’s visit in 1838, more funds were requested to complete the renovations necessary to bring the light house up to proper functioning. Finally, after much seeking, the necessary funds were appropriated and Chatham’s two lighthouses were torn down to be built again.

The light house’s wooden towers were rebuilt by architect Winslow Lewis with towers of brick and only thirty feet tall this time, more than sufficient for the needs of this particular area of the bay. The one-bedroom house was even torn down with a brand new home a brick built in its place. The home was connected to each of the towers by a covered walkway.