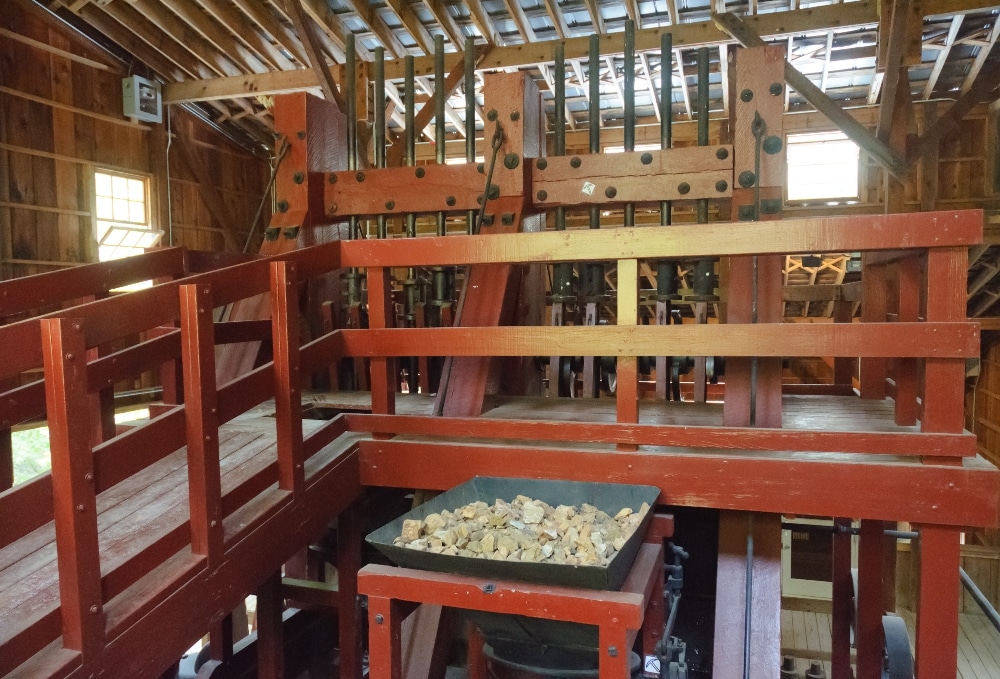 The First Gold Rush – Sutter’s Mill may have been the most important discovery of California’s Gold Rush; but, it was not the first discovery of gold in the United States. In fact, the nation’s first historically documented gold discovery occurred in Midland, North Carolina’s Reed’s Gold Mine. Fifty years prior to the rush in California, prospectors discovered gold at Reed’s Gold Mine in 1799. Today, Reed remains open to visitors – the only North Carolina underground mine that does so.

John Reed and his family settled on a farm in Midland during the tumultuous Revolutionary War. One day while out playing, John’s son found a large bright yellow rock in a stream on their land. The family had no idea what the stone was and proceeded to use it as a door prop for the next three years. One day, John decided to take the stone into town to see if it could be properly identified. John Reed discovered that day that he had been in the possession of a seventeen-pound nugget of gold.

Other nearby farmers began to search their own property for this amazing golden blessing, and thus began the country’s first rush for gold. It was natural at this time for slaves to be present on farms in the country, and as such, they were responsible for much of the work that occurred at Reed Mine. At first, it was simple mining of the surface of the property along the family’s creek. In 1804, the Reeds found the largest nugget yet, weighing in at 28 pounds. They did not begin mining below ground until the 1830s.

The mine was kept in the family, passed down from generation to generation until finally the land was auctioned off by the sheriff in 1855. The land’s new owners were not much for mining, and by the beginning of the Civil War the mine was closed.

The state of North Carolina recognized the mine in 1976 as one of the state’s historical sites. They have since reopened portions of the mine’s tunnels, performed restoration work to provide safety, and it is now open to the public. There are no admission or tour fees. If you want to pan for gold, however, there is a $2 charge per pan.