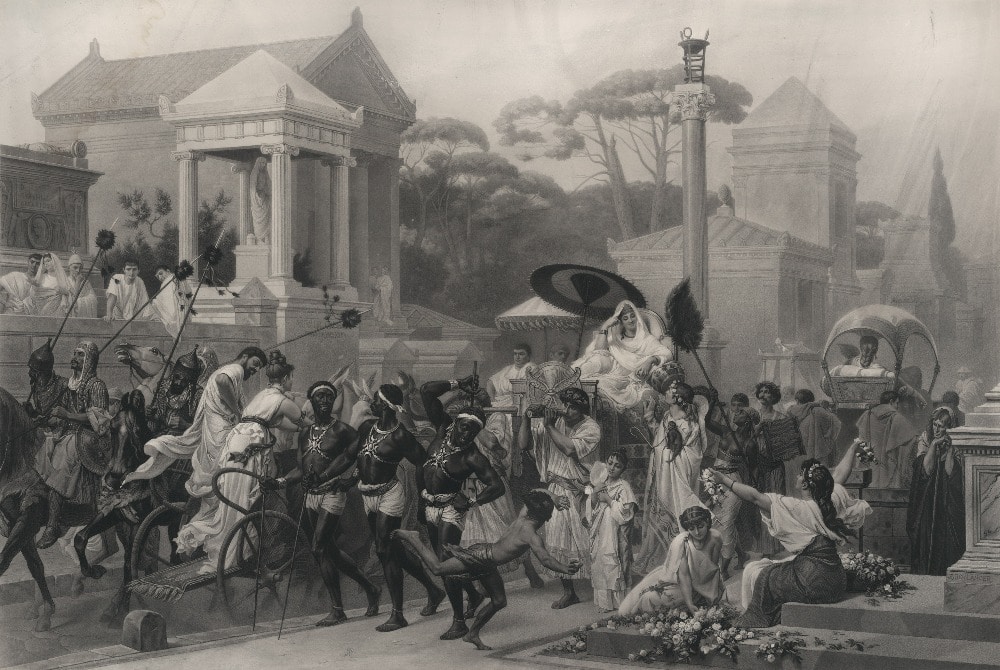 A Glimpse into the Life of an Ancient Roman: Pompeii – Excavations continue in the region home to Pompeii allowing a glimpse into the life of this ancient Roman city. When Pompeii was at its highest point, Rome was the controller of everything that roamed the Mediterranean Sea. Pompeii was a port town and important to the Roman Empire. Pompeii wasn’t extravagantly rich, but there was no poverty either – it was entirely a middle class community. Because of the city’s proximity to the port, sailors frequented the establishments – the bars, brothels, and public bath houses.

One of the best ways to thoroughly understand this ancient city is to explore it. To get into the excavation site for a walking tour is a mere $15 per person.

This was a well-organized city laid out in a traditional grid and outlined by fortified walls. In its heyday, the streets of Pompeii had stalls along them and from sunrise to sunset were jam-packed with pedestrians vying for walking space with chariots.

While the city was considered middle class, there were those who were more well-off than others; however, there were no sections of town that were considered well-to-do or poor. The more elegant homes mingled in the same neighborhoods as the more simple homes. Believe it or not, there are still preserved dwellings, the best of which is called the House of Vetti. It was the home of one of Pompeii’s wealthiest merchants. It is available from time to time for visitors and if you happen to catch it open, exploring it will be the highlight of your trip. You can stand within the atrium and see the traditional layout of a typical Pompeiian mansion. A ring of frescoed rooms are lined around a courtyard in the center. Within the courtyard are formal gardens surrounding a pool of water.

Pompeii is the type of site that archaeologists live for. The first digs to occur at the site happened during the 18th century, before Italy was a unified nation. The king of Italy at the time of the digs ruled from his castle in Naples. He demanded to be brought anything found that was considered to be of value, which is why the majority of the greatest finds are now in Naples within their National Museum of Archaeology.