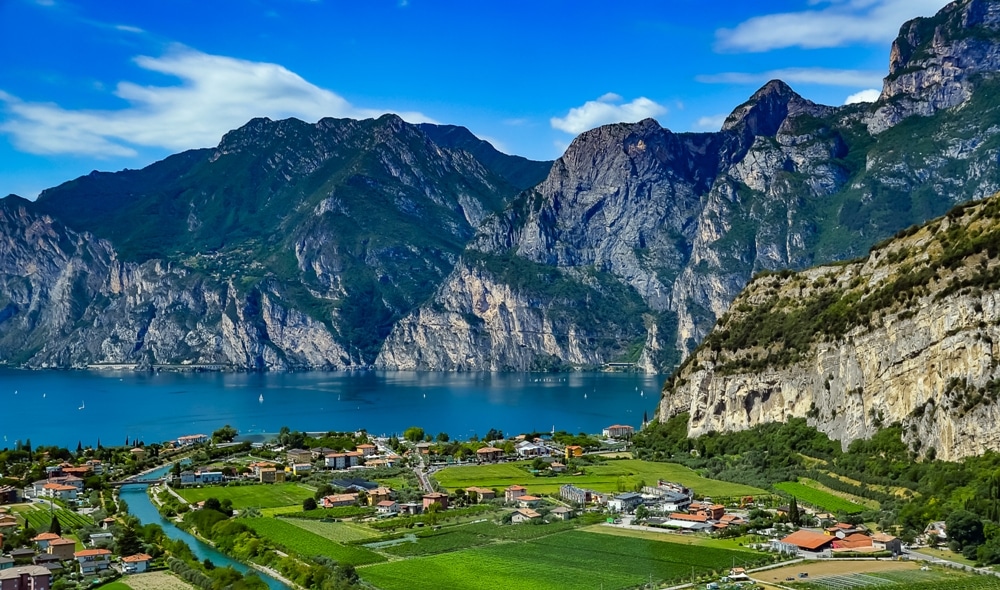 Lake Garda, Italy – Painted like a portrait on the canvas of the planet, Italy’s Lake Garda is awe-inspiring to view. It isn’t just the most beautiful, however, it is also the largest, covering an area of more than one hundred miles. Italy is divided into areas called “regions” and Lake Garda is spread over three – Lombardy, Veneto, and Trentino-Alto Adige. But don’t let the grand scope of planning a vacation to this area scare you away.

From Riva del Garda to Peschiera, there are more than twenty different towns surrounding this lake, such as Sirmione; but, there are three towns that beg to be examined more intimately: Torri del Benaco, Nago-Torbole, and Bardolino. Planning an itinerary in any of these towns will prove to be exhilarating and relaxing simultaneously.

While Torri del Benaco is one of the smaller lake towns, its medieval beauty is moving. In the picturesque Torri del Benaco Harbor you’ll find fishing boats of all colors, some of which can be hired for fishing excursions or simply sightseeing the waters. You can schedule a tour of Scaligero Castle and then find something to eat at the promenade at lakeside. Even during the summer season, this is one of the more laid back towns, making for the perfect combination of exploration and relaxation.

As its name suggests, Nago-Torbole is the combination of two towns in very close proximity to each other. Torbole lies in the valley along Lake Garda, while Nago is placed on the mountain’s slopes and offers incredibly majestic views. Goethe, when he visited, wrote about Torbole’s enchanting nature. Very near to Torbole is a park, Monte Baldo, known for its animal and plant species.

Bardolino’s climate makes it the ultimate place for vineyards; hence, Bardolino’s famous red wines. Its undulating mountainous landscape is perfect for photo opportunities. Aside from wine country, Bardolino also boasts amazing historic churches, such as that at San Severo and San Zeno, a cathedral from the 800s AD.

Regardless where you choose to visit along Lake Garda, you’re sure to be pleased by the sun and water, let alone your accommodations.