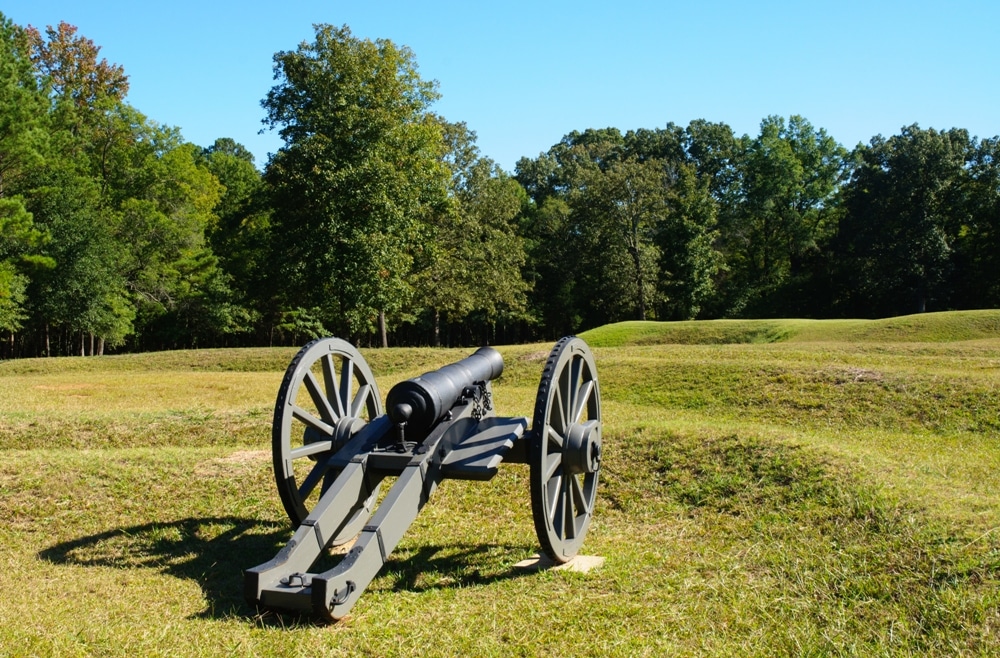 The Ninety Six National Site pays homage to the colonists who first came to what is now the United States from Britain. This site is not only one of the country’s most well-preserved colonial sites, but it was actually important to the British as well as the colonists. In fact, it was so important, that the first battle on land of the Revolutionary War was fought here in 1775. James Birmingham, a soldier for the Colony, was shot during the battle, becoming South Carolina’s first soldier to perish in the Revolutionary War.

Five years later, the tiny town of Ninety Six was massively protected by a British-built earthen mound in the shape of a star. Because many of the Colonial streets went through this area, it was the perfect location for Britain to regain some of its control over the colonists. More than 500 of those still loyal to the Crown, Loyalists, were stationed at the fort. In the spring of 1781, Nathaniel Greene and more than 1000 Colonial forces attempted to take over the fort. Trenches were dug and a thirty-foot tower built from which they began firing on the fort. The troops also dug a tunnel and had intended to load it with gun powder to blast open the wall of the fort. Just shy of thirty days later, the colonists backed off when rumors flew that reinforcements from the British were on the way, thus ending the longest attempt of the war. Even though reinforcements were on the way, the British had been left greatly weakened. A few short weeks later the fort was abandoned, burned, and the British set sail back to Britain.

Today the site is known as Ninety Six National Park, and is maintained by the National Parks Service. The Visitors’ Center includes an artifact museum, a small bookstore, and in the small theater a documentary regarding the fort plays continuously. The walking trail around the fort is about one mile in length, and includes visiting the star-shaped mound which, while it isn’t its original fourteen-feet-high, is still visible today.