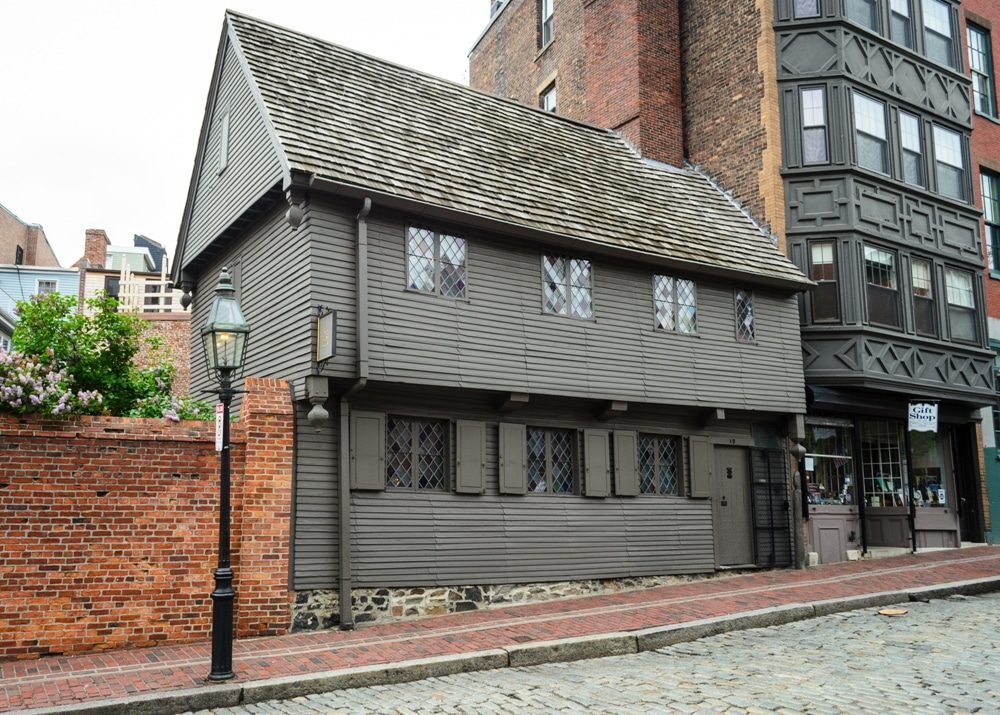 Tourico Vacations on Massachusetts – Paul Revere House in Historic Boston, Massachusetts – Everyone knows the story of the man who rode his horse through the colonial streets shouting that the British were coming.

Boston’s own Paul Revere’s Memorial Association was created to both restore and turn into a functioning operation at Paul Revere’s colonial home. Paul Revere himself sold the home in 1800 and through the years it has been used as a boarding home, as various businesses, and an apartment dwelling in the 1900s. The many years of use took a toll, the home falling into deep disrepair. It was described in a 1905 newspaper article as having fallen into utter shambles.

Even though, the home of Paul Revere was considered a definitive landmark for this period of American history, and many tourists every year would flock to see the home of the man who saved America. Unfortunately, the neighborhood was no longer recognizable and the condition of the home meant it was slated to be demolished. The Daughters of the American Revolution placed a plaque on the home in 1895 hoping that it would bring some much deserved recognition to the home. Even this distinction, however, did not bring immediate results, and whether the home would be eventually restored was unknown. A fire in the basement of the home in 1901 made it even more clear that the right people did not have possession of the home, and something had to be done.

Revere’s great-grandson would eventually purchase the home near the end of 1902. This small act at least delayed the then-current plans for demolition. For three more years, Paul Revere’s home hovered on the brink of destruction. Not much could have been done during that time, however, because when the great-grandson purchased the home, there was a woman living on the first floor who operated a produce business. Part of the purchase agreement involved him allowing her to live out the remainder of her lease.

When her lease was nearing expiry, the Paul Revere’s Memorial Association was created, the funds were raised, and they purchased it from Revere’s great-grandson with plans to restore it to its former glory and ensure that America never forgets the man who rode a horse to save America.