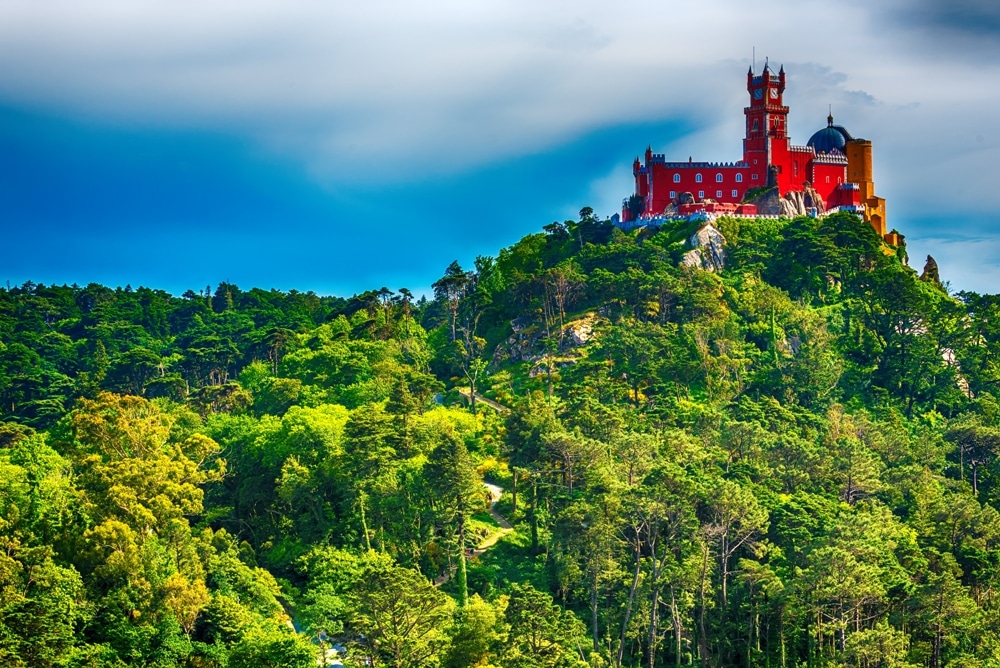 The Pena Palace has two wings: the first wing, or Old Wing as it is now known, belonged to the convent for the Order of St Jerome monks. The other, or New Wing, was built in the 1800s by Fernando II. In 1838, Fernando was able to acquire an old convent of Our Lady of the Pena monks, which stood at the top of the Sintra, built in 1511 by Manuel I. In 1834, this convent was dissolved. This is the northernmost core of the palatial grounds, the Old Palace.

Fernando began to make repairs to the old convent because, understandably, it was in quite poor condition. His renovations to the upper floors and the remainder of the Old Palace still remain as what you see today. It was in 1843 that he decided to continue these renovations with entirely new construction, and began the building of the New palace: an extension that would lead from the Old Palace into a grand Noble Hall, with a new turret and ending at the new kitchens. His works were directed by Baron Eschwege.

The most recent renovations occurred in 1994, and were done to restore the original colors of the palace’s exterior – and old type pink for the older portion of the palace, and an ocher color for Fernando’s New Palace.

In his transformation of an old convent into a palatial home, Fernando illustrated his romance with German architectural influences, no doubt inspired by castles such as those of the Stolzenfels and Babelsbergs. Exterior renovations to the Pena Palace ceased in the mid-1860s, while interior renovations and updates to décor have subsequently been carried out.

On the grounds of Pena Palace is Pena Park, a place of solace with romantic gardens and paths, along with several pavilions and benches. Trees and other various fauna from around the world have been transplanted here and they flourish in the climate of the Sintras. There are now over 500 different species of trees growing on the grounds. Tourico Vacations Reviews Pena Palace and other great destinations with you!